Bringing music to the local community

Wincanton Silver Band is proud to be associated with the town for nearly 130 years.  The Band was formed in 1890 by a group of trustees who purchased a set of instruments to loan to the players.  There are members of today's band who are direct descendants of these founder members.

The Band practised in the Congregational Church in Mill Street (now houses) and took part in many civil events such as Queen Victoria's Diamond Jubiliee in 1897, playing to the Princess Royal in 1946 at an event at Wells Catherdral and playing at Remembrance Parades.

The Band regularly participated in the West of England Regional contests throught out its history, as well as attending

contests at Belle Vue and Crystal Palace.  The Band were 4th Section National Champions in 1948. The band had more contesting successes in the late 60's qualifying twice for the national finals. More recent success was in 1998, 1999 and 2006 when the band represented the South West area in Harrogate and Nottingham.   More recently the Band has competed  at Exmouth Band Festival and the West of England Area Contest in Torquay. 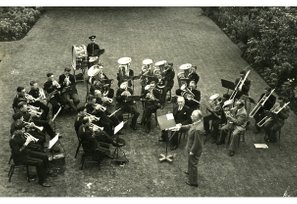 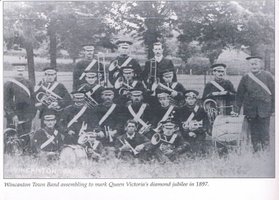 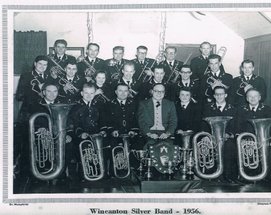